In March 2021 Ekalale Susan was awarded the Global Award. Sponsored by the Aga Khan Foundation, the Global Award recognises an outstanding young person on a Prince's Trust programme across the world.

Ekalale Susan (20) lives in Turkana County, Kenya’s poorest region, with her parents and siblings. A remote, drought-prone area, Turkana is too dry to grow many crops successfully, so people rely on buying food rather than growing it.

Many parents in this area prioritise boys’ education over girls’, but Ekalale Susan’s parents, themselves unable to read or write, have worked hard for years to keep their girls in school – despite often struggling to afford the fees which all Kenyan schools charge.

Ekalale Susan’s parents take whatever work they can find, as manual labourers or domestic servants, but without a regular wage, life is tough.

Ekalale Susan has always worked hard at school, seizing whatever opportunities have come her way. Two years ago, she joined an after-school leadership and entrepreneurship club, run by the Asante Africa Foundation.

“Prince’s Trust International came on board to complement the work we were doing, with a digitally-based tool that advances young people’s skills even further.”

Asante trialled the programme with young people in their after-school clubs, and Ekalale Susan was among the first intake. ‘It was a really useful programme,’ she explains simply, ‘It changed my life because it enabled me to start my business.’

When Covid restrictions meant her parents’ work dried up, Ekalale Susan stepped up to support her family. Her idea, inspired by the food business she’d trialled in the Enterprise Challenge programme, was to set up a food stall of her own, sourcing fruit and vegetables from wholesalers and reselling them locally.

To begin with, Ekalale Susan had just 12 customers. But she steadily expanded, using the tips she’d learned about how to engage with customers to build loyalty and expand your customer base. And when the inevitable setbacks came – like fruit rotting before she could sell it – Ekalale Susan was able to take it in her stride.

“I’d learned resilience, so when goods went bad I managed not to give up.”

At the height of the pandemic, while children were all at home with their families rather than in school, Ekalale Susan’s business was bringing in more than double the amount her mother had been earning as a maid. The grocery stall became the family’s main source of income.

Ekalale Susan’s mother abandoned any plans to go back into domestic service, and became Susan’s full-time business partner.  When schools reopened and Susan returned to the classroom, her mother took over running the stall.

Daily sales are down a little now that students are no longer at home, but the family’s income is still much higher than it was before the pandemic – enabling them to cover Ekalale Susan’s school fees, and her younger sister’s, without hardship.

Crucially, the family’s income is now also much more reliable. ‘Now, every day that my mother opens our shop, not a day goes by without her earning,’ explains Ekalale Susan.

Ekalale Susan is brutally clear about what would have happened if she hadn’t started her business. ‘I would have had to drop out of school, and we’d have struggled for food and for shelter.’

Ekalale Susan’s studies are focused on sciences and maths, and she has one more year of school to go. After that, she hopes to go on to study medicine, using the income from her business to help fund her degree.

Ekalale Susan is keen for other young women to follow in her footsteps. As a mentor to younger girls in her church, she strives to pass on the knowledge she’s gained, and encourages them to stay in school.

‘I teach them that leadership and entrepreneurship skills are important for both girls and boys,’ she explains. ‘Some parents prioritise boys’ education and keep girls at home until they get married. I tell girls about the importance of education, and why they shouldn’t marry too early.’

She has a final message for parents too – both her own and other people’s:

“Education makes dreams come true. Parents shouldn’t say no to girls. Girls can make it. I’d like to thank both my parents for their hard work supporting my education and supporting me in my business – and for being proud of me.” 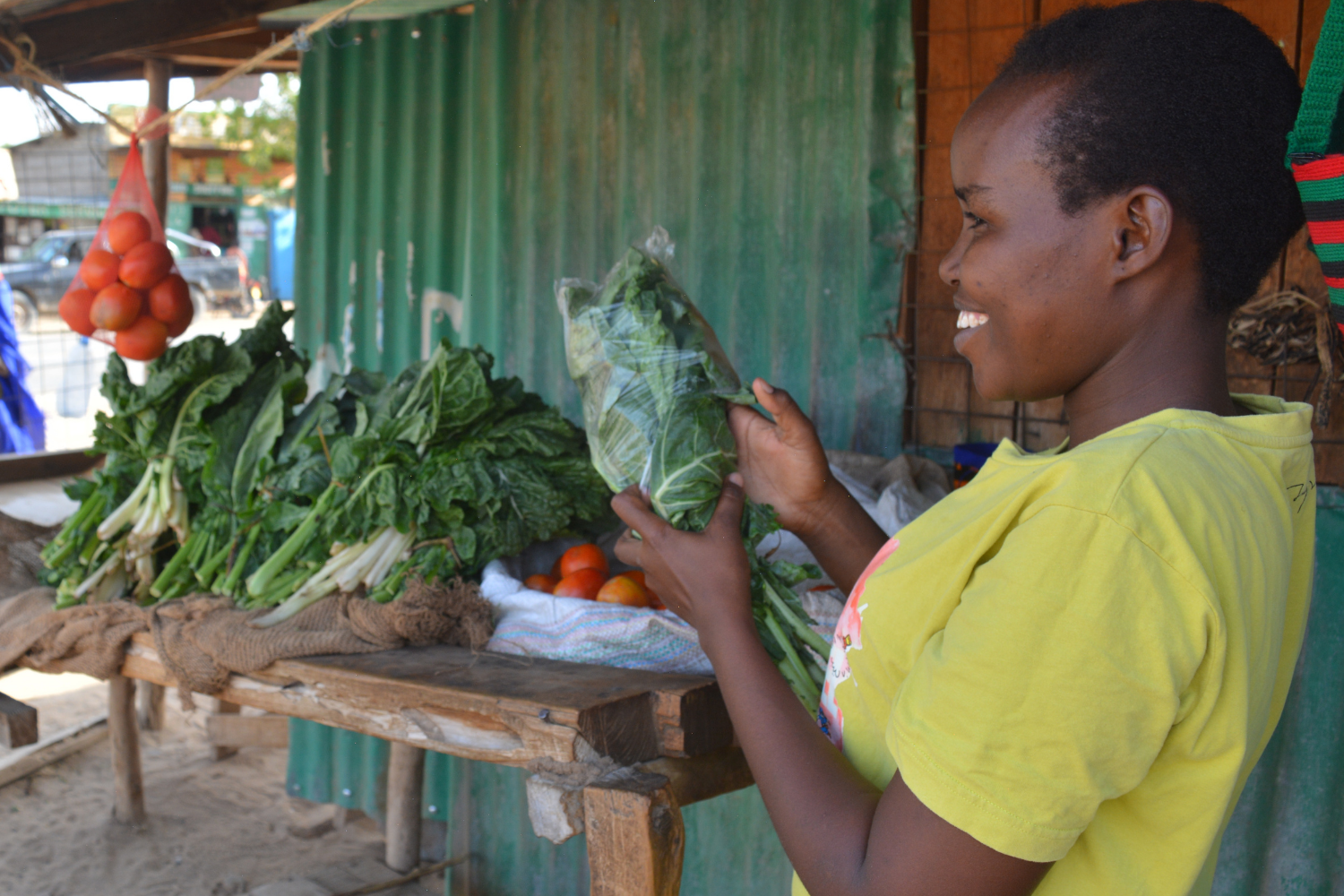