Sir Lloyd is an entrepreneur and philanthropist. He is the Founder of the Travelex Group, the world’s largest retailer of foreign exchange which he started in 1976 from one small shop in central London. The business was sold in 2015. 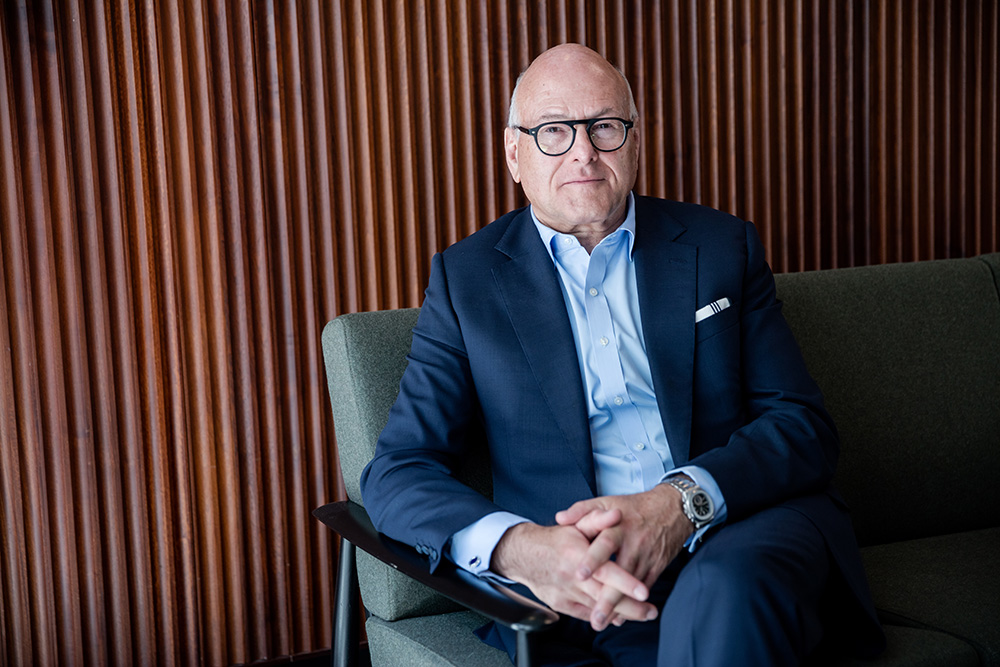 He has a variety of other business interests. He is the Chairman and co-founder (2014) of Doddle, the e-Commerce IT Platform. He is also Chairman of Dorfman Media Holdings, formed in 2018, a media company focused on film and TV finance, production and related service companies.

He is a Shareholder and Board Director of the London Theatre Company and sits on the Business Advisory Board of the Mayor of London, Sadiq Khan. He was the Chairman and majority shareholder of The Office Group, the leading flexible office company from 2010 to 2017 (until its sale to Blackstone in June 2017).

He was also Chairman of the Prince’s Trust from 2015 to 2018, having joined the charity’s Council (Board) in 2007. In addition, he is Deputy Chairman of the Community Security Trust and a Trustee of the Royal Opera House, the Royal Academy Trust, BAFTA and UK Holocaust Memorial Foundation. He was a Governor of St Paul’s School from 2005 to 2016. He served on the Board of the National Theatre for over nine years and one of its theatres, the Cottesloe, was renamed the Dorfman Theatre in 2013. He was Chairman of the Roundhouse from 2007 to 2010, and Trustee of JW3 from 2007 to 2019.

He is the Honorary Colonel of the Third Battalion of the Princess of Wales Royal Regiment. He is also a Freeman of the City of London, a member of the Mercers’ Company, an Honorary Fellow of St Peter’s College, Oxford, and an Honorary Bencher of Lincoln’s Inn.

He is a member of the Royal Yacht Squadron, White’s and The Garrick Club. He is married with three children, five grandchildren, and lives in London.