Rupert Goodman DL is the Founder and Chairman of FIRST- a leading multi-disciplinary International Affairs Organisation. He sits on a wide variety of Boards and Trusts and advises international organisations and corporations. 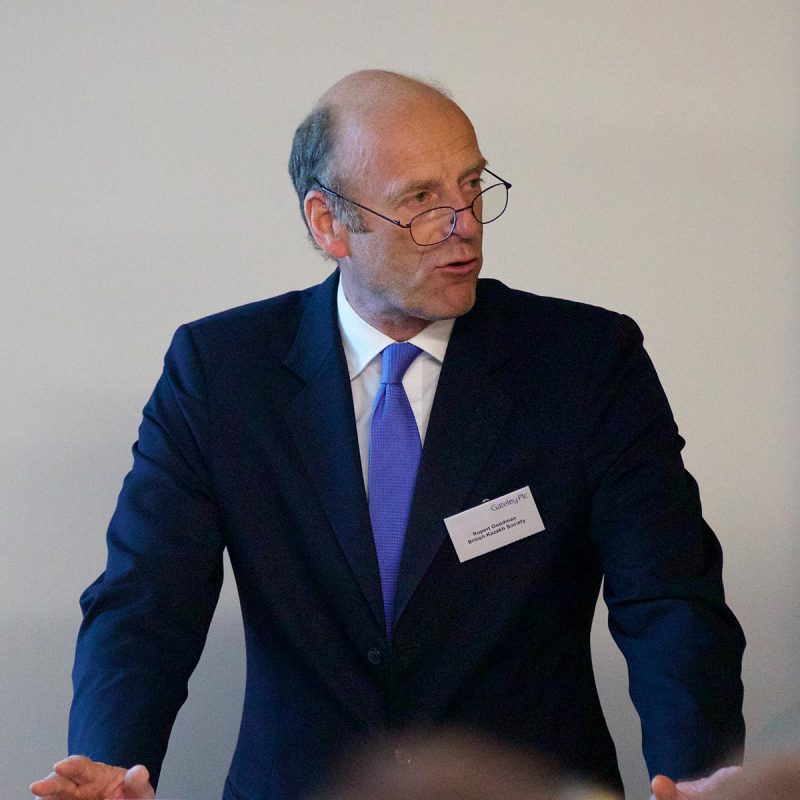 FIRST was awarded the Queen’s Award for Enterprise in 2010 and 2013 on the recommendation of the Prime Minister and with the approval of Her Majesty the Queen. He is also Chairman of World Petroleum and World Energy Insight – organisations providing information on the oil/gas and energy sectors. He received a Periodical Publisher’s Award in 1993.

Rupert was educated at Eton and Trinity College, Cambridge. He is a director of New Waves Solutions, the operating company of the DEME Group- the world’s largest marine company, Chairman of Elmbridge Partners and a founder Director of Equilibrium. He is Chairman and a founder Trustee of the British-Kazakh Society, Chairman of the Thai-UK Business Council, Founder of The Responsible Capitalism Initiative, a Vice President of Fauna and Flora International (Environmental Charity) and a member of the Development Board of Artes Mundi (contemporary Arts Prize). He was a Trustee of the National Botanic Garden of Wales (2005-2008). He was appointed a Trustee and the first Deputy Chairman of The Prince’s Trust International in 2016.

He was appointed a Deputy Lieutenant of Greater London in 2012 and received a Metropolitan Police Commissioner’s Award for bravery in 2012. He is also a Fellow of the Royal Geographical Society.

He has edited and co-edited a wide range of books and contributed articles to a number of magazines and journals.