Farah has worked for three decades in the global creative and media industries with an unfaltering belief in the power of creativity to tackle the world’s toughest problems. 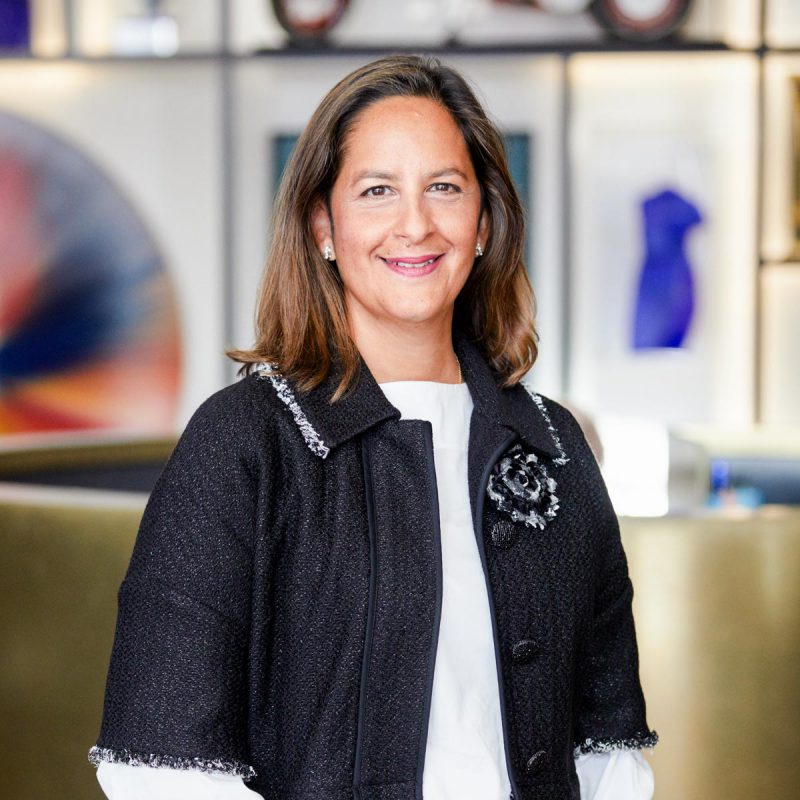 I have led commercial companies of scale as well as a not-for-profit enterprise of significance. My quest at kyu, since joining in 2018, is to enable purpose-led growth of a creative Collective committed to propelling the economy and society forwards.

I am charged with driving kyu’s international expansion plans, both through new acquisition opportunities as well as by accelerating the collaboration approaches between member companies to deliver high impact outcomes for their clients. I also serve on the boards of our Member Companies; ATÖLYE, based in Istanbul, Godfrey Dadich Partners, based in San Francisco and Public Digital, based in London.

From 2015 to 2018, I was seconded by Nike Inc. to be the CEO of Girl Effect, a creative non-profit building youth brands and mobile platforms to empower girls to change their lives. Girl Effect combines expertise across brand, media, mobile and data with deep international development experience, reaching and impacting over 53 million people across the global south.

Previously, I was Chief Executive of All3Media, the UK’s biggest independent television content production group. I led the strategic sale of the company for its private equity owners Permira to a joint venture between Discovery Communications and Liberty Global for enterprise value £550 million.

I had a 22-year career at Abbott Mead Vickers BBDO, the UK’s leading advertising group, learning my creative practitioner skills and rising through the ranks to become Chief Executive and a member of the BBDO worldwide board in NYC.

I served on the British Prime Minister’s Business Advisory Group from 2013 to 2015 and have served as a Business Ambassador for the Creative Industries of Britain. I was a Trustee of the Royal National Theatre in London and served on the Advisory Board of the Cambridge Judge Business School. I was a Non-Executive Director of Huntsworth plc, and a Director of the Board of Aldo Group headquartered in Canada. I currently serve as a Trustee of Sadler’s Wells dance company and Prince’s Trust International.

In 2011, I was awarded a Commander of the Most Excellent Order of the British Empire (CBE) and was named Business Woman of the Year in 2010 Asian Women of Achievement Awards.

I graduated with a joint honours’ degree from Emmanuel College, Cambridge and have completed the Omnicom Advanced Management Programme at Babson College.