Mr. Aigboje Aig-Imoukhuede is a highly respected investor, banker and philanthropist with a track record of major accomplishments in for profit and non-profit endeavors within and beyond Nigeria. 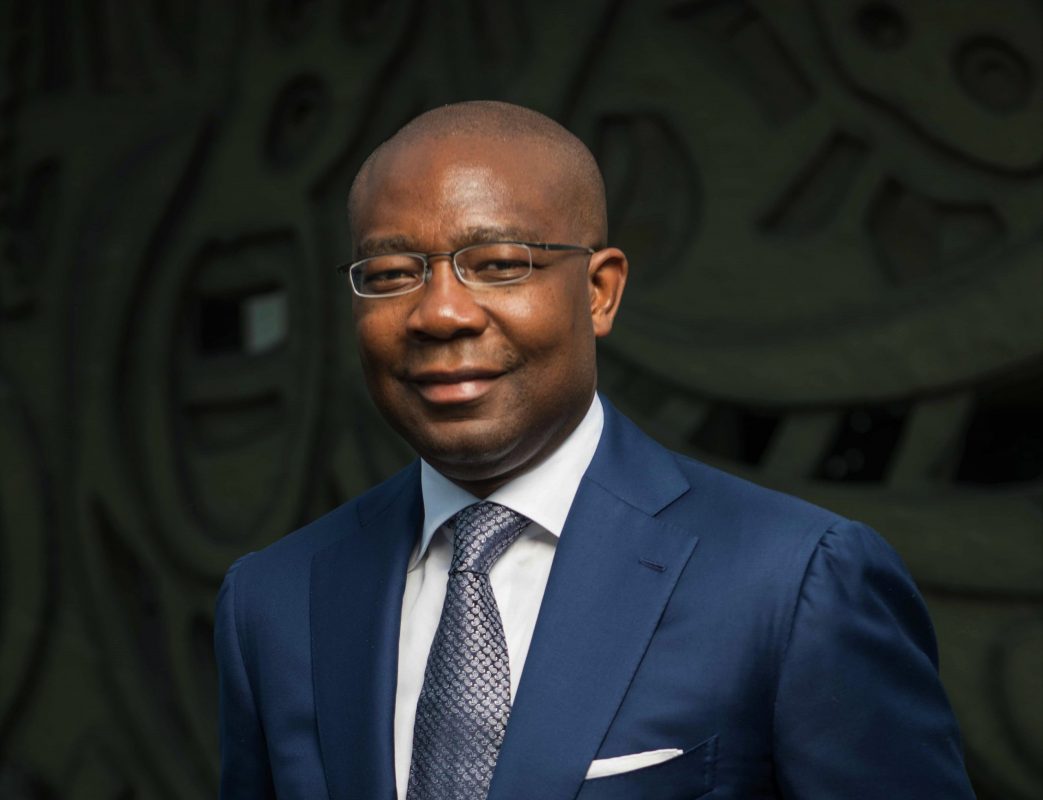 He oversees an ecosystem of investments encompassing banking and finance, insurance, technology, industrial and oil and gas sectors.

He was the Group Managing Director and Chief Executive Officer of Access Bank Plc from 2002, overseeing its transformation into one of the top five banks in Nigeria with a presence in the United Kingdom and 9 African countries. Under his stewardship, Access Bank was able to grow its customer base from 10,000 (2002) to circa 6.5 million (2013) with 20,000 employees and an asset base of USD 12 billion. He is a past President of The Nigerian Stock Exchange, founding Chairman of the FMDQ OTC Exchange, and Chairman of the Board of Trustees of the Financial Market Dealers Association. He holds an executive MBA jointly awarded by the London School of Economics, NYU Stern Business School and HEC Paris, an LLB degree from the University of Benin and a BL from the Nigerian Law School.

An impact philanthropist, he established the Africa Initiative for Governance to be a catalyst for transforming public sector leadership in West Africa. Other civic engagements include his roles as Co-Founder of the Nigeria Solidarity Support Fund, Vice Chair of Global Citizen Nigeria, Co-Chairman of the Board of GBCHealth, Chairman of ABCHealth, a member of the board of the Aliko Dangote Foundation, Co-Founder, Private Sector Alliance for Health in Nigeria, and a member of the International Advisory Board of Oxford University’s Blavatnik School of Government. Aigboje is an inducted member of the prestigious American Academy of Arts and Sciences.